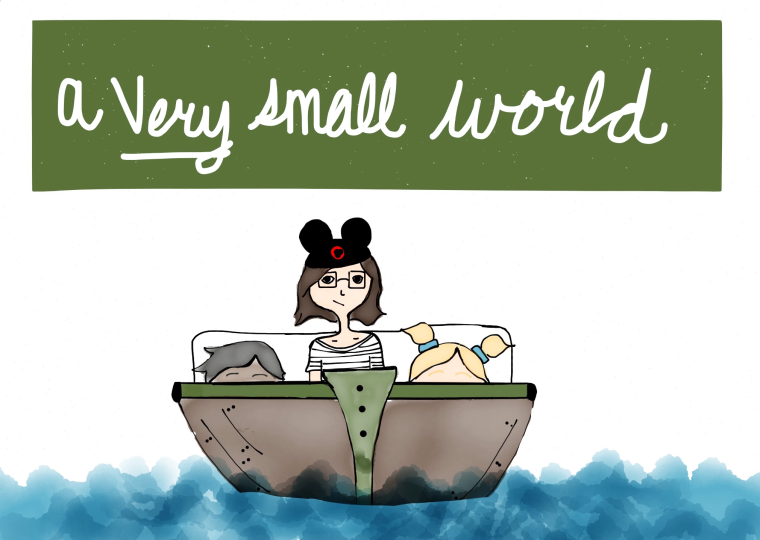 I think children are like cats, drawn to those who don’t particularly want them around.

END_OF_DOCUMENT_TOKEN_TO_BE_REPLACED 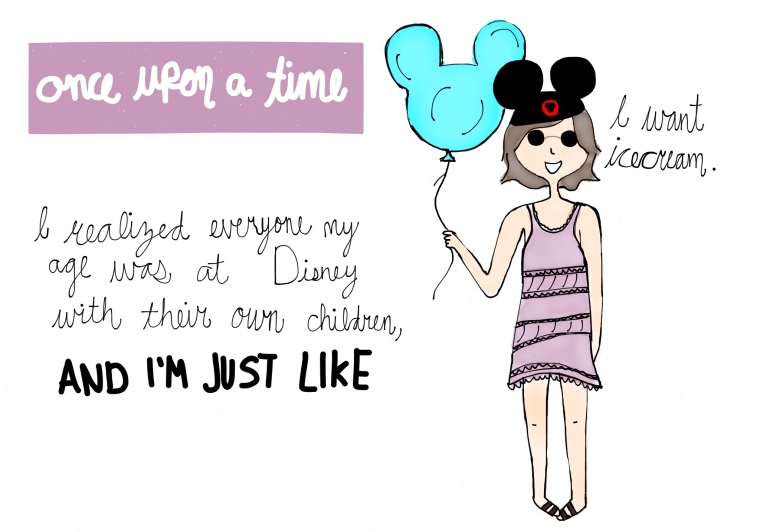 Disney World is the most magical place on Earth and anyone who disagrees is lying to themselves.

END_OF_DOCUMENT_TOKEN_TO_BE_REPLACED

This year I was lucky to be home for my birthday and spent the day with my brother at the most magical place on earth, Disney (obvi). Since weird things happen to me, I somehow managed to severely bruise some ribs riding Thunder Mountain Railroad and was having trouble breathing so we had to leave early 😦 On the way home I was belting out the soundtrack to Tangled, with some difficulty (it’s not easy to sing with a bruised rib, but you do what you have to do), when I started to actually listen to the lyrics of the song, When Will My Life Begin? 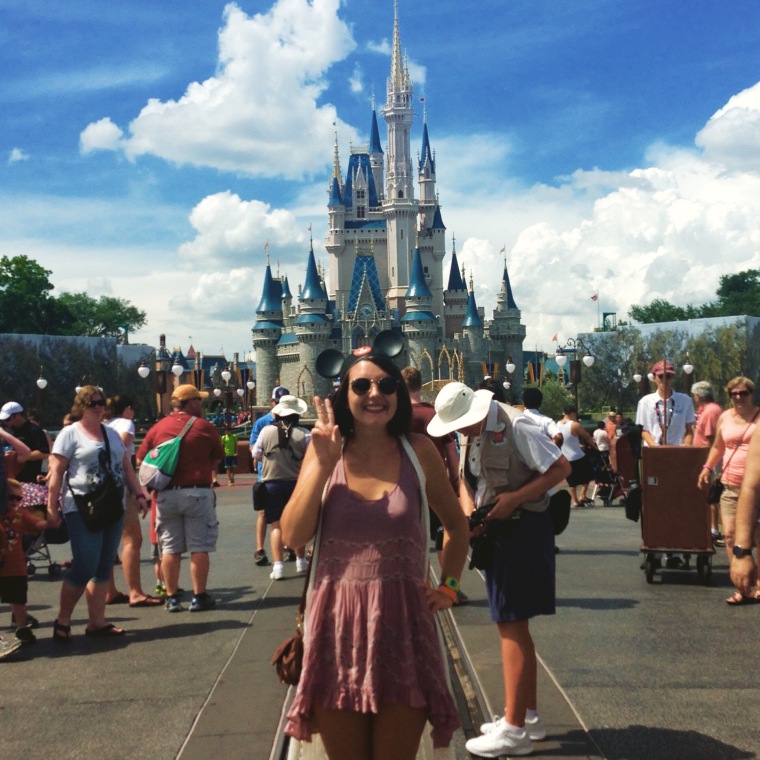 Growing up I always pictured what my life would look like when I was “older”. I was sure I’d be popular and perhaps have a steady boyfriend when I turned 16. By the time I reached university surely I’d have a hip internship and be able to afford nice clothes and nights out with my friends. And of course, growing up in the South means an engagement after graduation. My university did have a saying: Ring by spring, which an alarmingly large number of seniors took to heart.

Even though my mom would share stories about how when she was my age she was getting married she always encouraged me to take time for myself, explore and see the world before settling down in a relationship or career (though I’m pretty sure packing up for Cambodia wasn’t really what she had in mind).

Regardless of whether or not certain daydreams came true I grew up with goals certain that if I reached them, then life would really begin.

I’ve been reflecting a lot recently, not necessarily because of my age, but just trying to figure out what I really want out of life, and I’ve realized even though nothing really turned out as planned, the life I’ve led thus far is unique and has shaped who I am and how I see the world.

When I was 16 I got involved with Invisible Children, a nonprofit dedicated to stopping Joseph Kony and his crimes against humanity. I helped raise around $26,000 for the organization and was able to travel to Uganda with a handful of other students (Invisible Children made I documentary about it and you can watch the trailer here). I’ve lobbied government representatives on behalf of Invisible Children on multiple occasions and took a semester off from university to live out of a van and share my experience with students across the country. 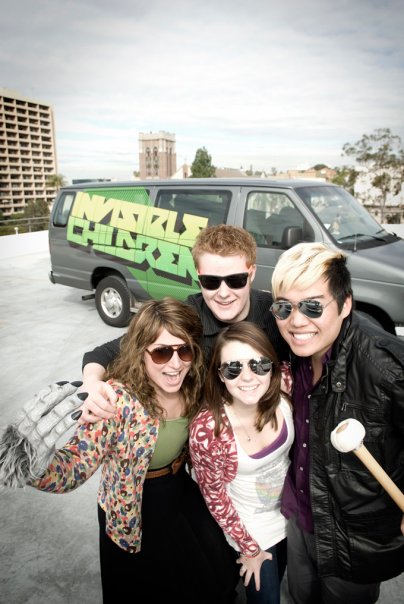 I spent one summer traveling around Europe and the UK, meeting international public relations firms and reconnecting with friends. 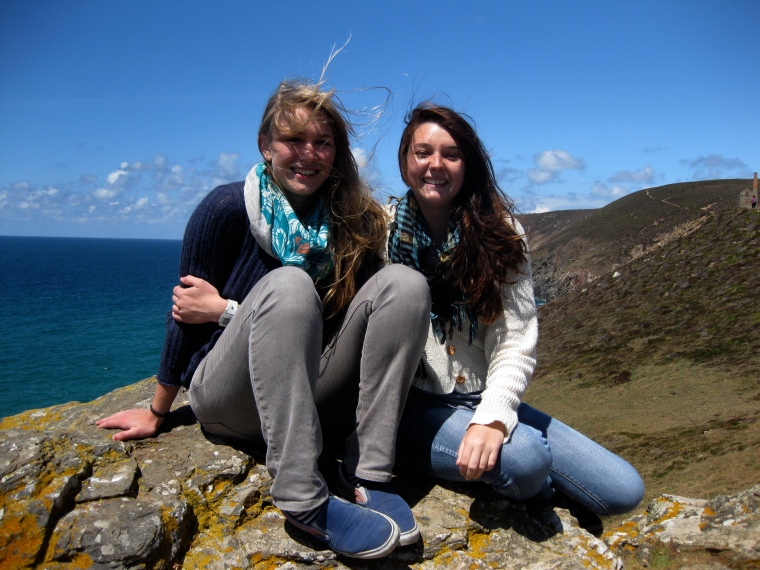 After an internship with a hospital in Florida I was asked to stay on and run a campaign for Breast Cancer Awareness month.

A year and a half ago I moved to Cambodia, where I didn’t know anyone and have since created a family of friends from around the world. 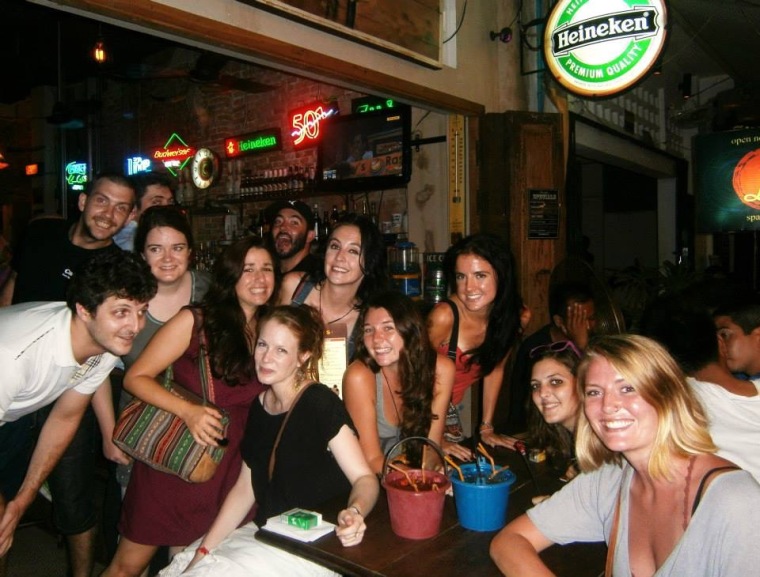 Whether I’ve noticed it or not, life began a long time ago and the only tower keeping me from experiencing it is the one I’ve built in my mind.

I can already tell 25 will be a difficult year, not because I’m getting “older” but because I’m starting to realize the life I always imagined, a life full of comfort and stability, may never be a reality. But I’m ready to embrace it. I’ve learned so much about myself and the world and how I fit into it over the years. I may not know what I want, but I know what will make me happy. I know that sometimes the best decisions are the hardest ones to make. I’ve experienced more goodbyes than I can count and have learned the importance of making the most out of the short time you may have with someone. The power may go out for days and your water could cut off mid-shampoo, but the relationships you build make everything worth it.

Will I be an expat forever, hopping from country to country? Will I ever experience the type of stability found in settling down? I don’t know. But I can tell you I won’t be wasting any more of my life wondering when it will begin.